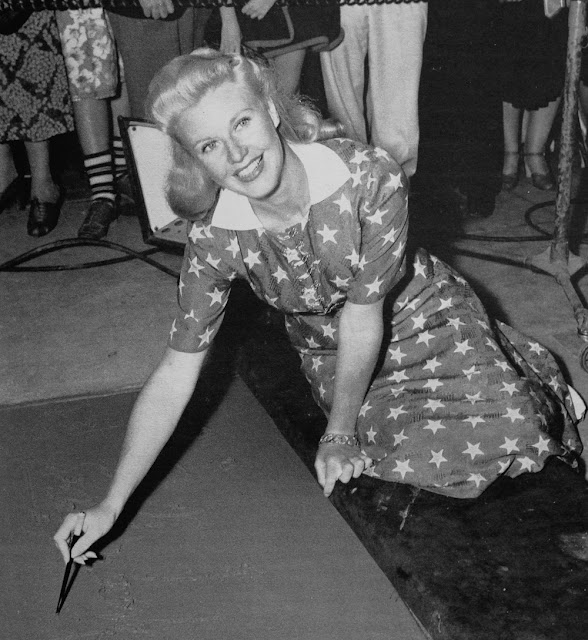 On her hand and footprint ceremony - September 5, 1939 - Ginger Rogers remembered: "I couldn't have been more thrilled. I had just returned from a much-needed vacation in Hawaii about 3 weeks before, & was finishing up some retakes at the studio. I thought about how my prints would look in cement - for all time. And wanted them to be smaller if I could manage it! I could do nothing about the size of my hands, but my footprints - those I could make smaller. My shoe size was about 5 and a half & my mother Lela had a smaller shoe size than I: 4 and a half. So, I borrowed a pair of my mother's shoes!" 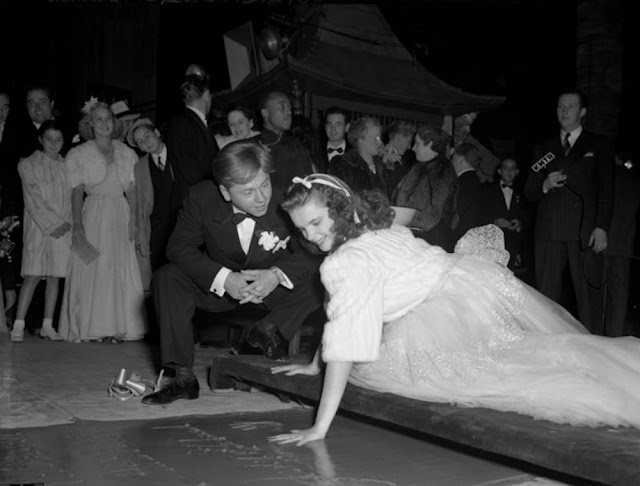 Garland recalled: "I wanted to look more glamorous than ever before. I had the habit of biting my fingernails. I was just sick that I couldn't have long, glittering fingertips. But the manicurist fixed that. She gave me false nails. After I placed my hands in cement we went inside to see the picture. (Babes In Arms)...then I realised some of the cement had crept under my nails & hardened. The next day I had to have my glamour chipped off."

Mickey Rooney and Garland's fearsome mother Mrs Gumm watched over her as she made her mark. Gumm later straightened out a crooked letter in her daughter's signature after the ceremony. 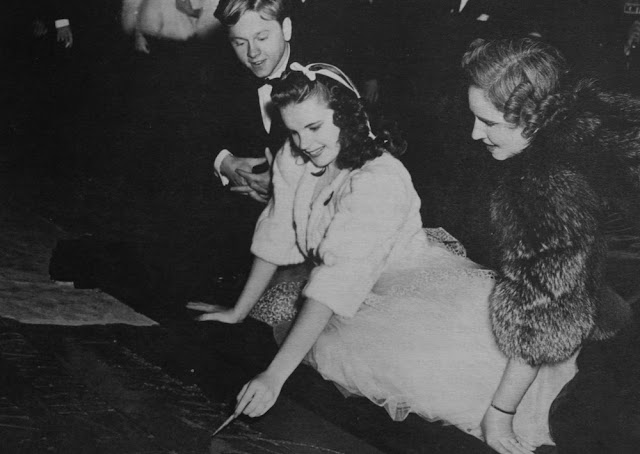 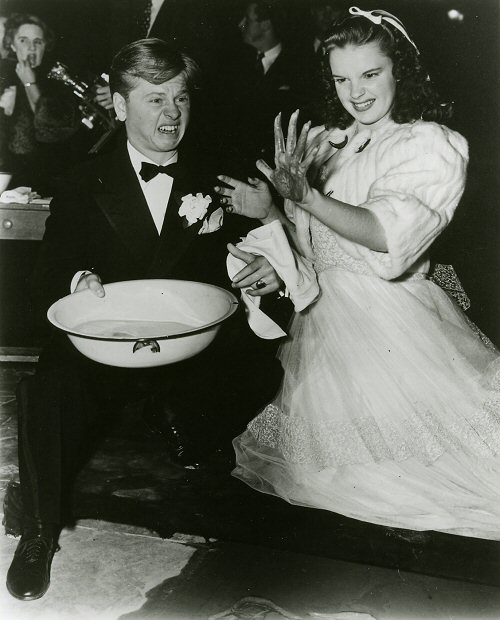 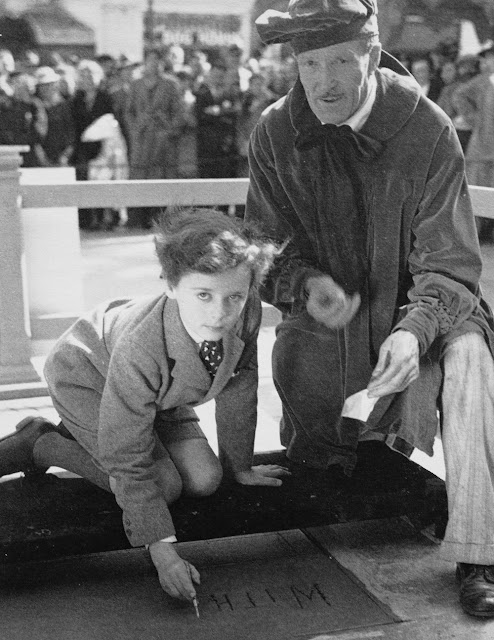 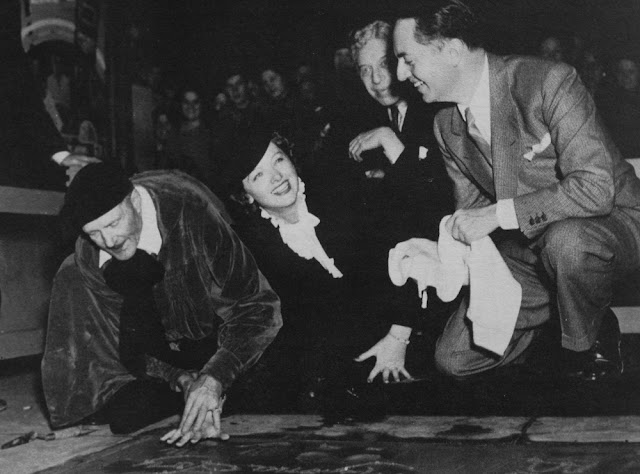 Loy remembered: "Sid Grauman was a great practical joker, so Bill & I decided to have a little fun. We arrived for the ceremony wearing enormous clowns' shoes at least a foot long. Well, I'll never forget Sid Grauman's face. We almost broke his heart. He took that ritual very seriously, & couldn't bear the idea that we were deriding it. We had a terrible time convincing him that it was just a prank. When I finally made my impression in the cement, I wrote 'To Sid - who gave me my first job', which somewhat reassured him." 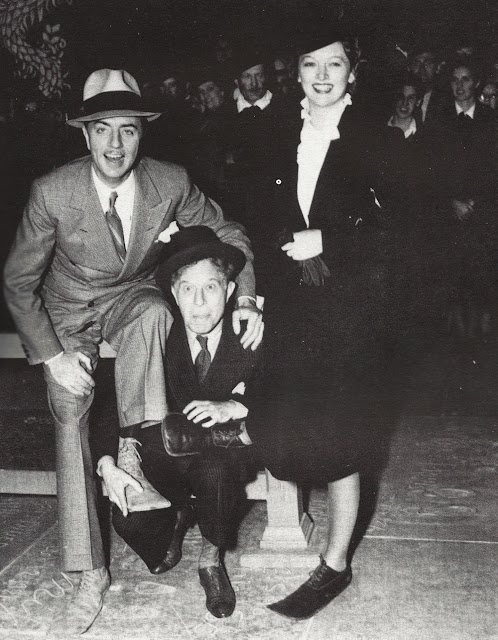 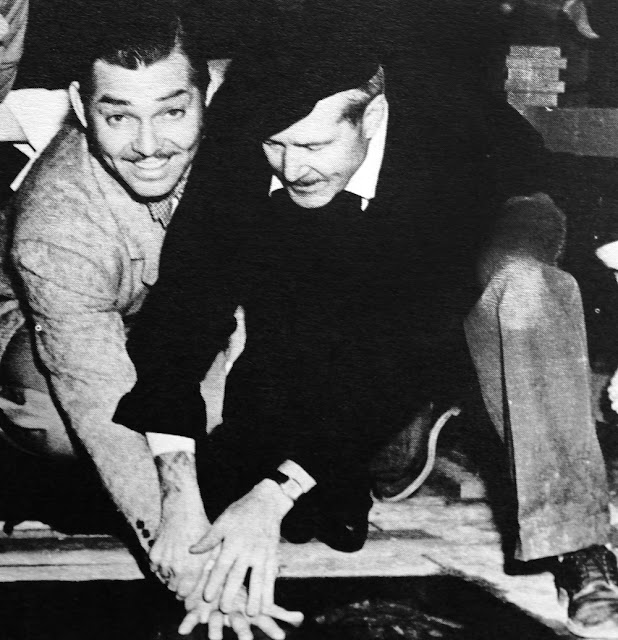 Gable's appearance at the theatre drew the largest crowds on record up to that time. He made his prints along with director Woody Van Dyke in connection with their film Love on the Run (1936) co-starring Joan Crawford, who had planted her prints in 1929. 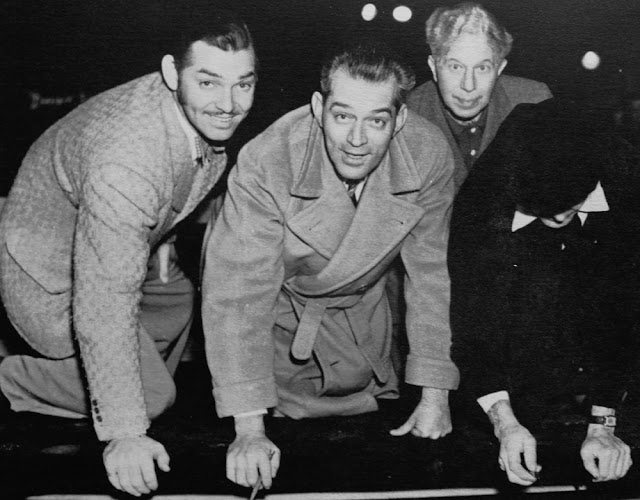 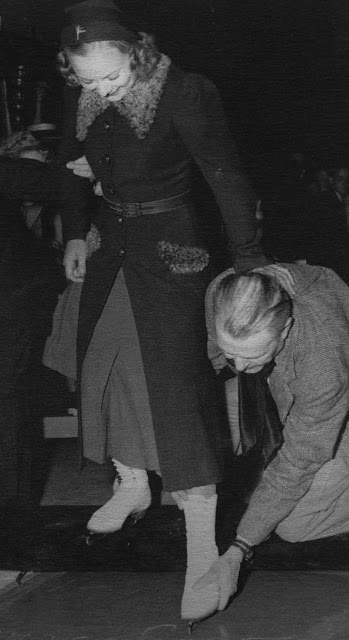 An Olympic skater turned film star, along with her hand and footprints, Henie also made an imprint of her skates. 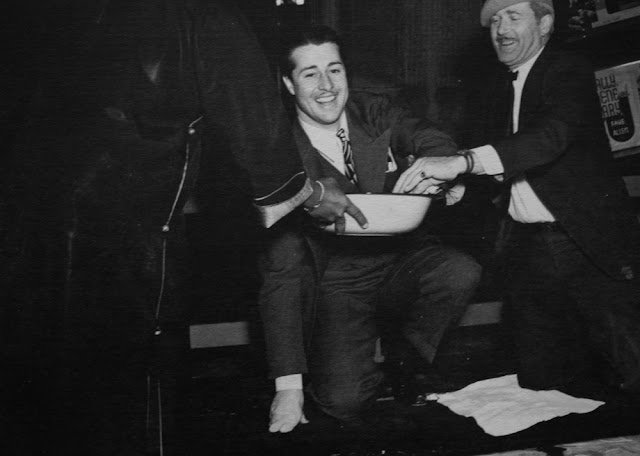 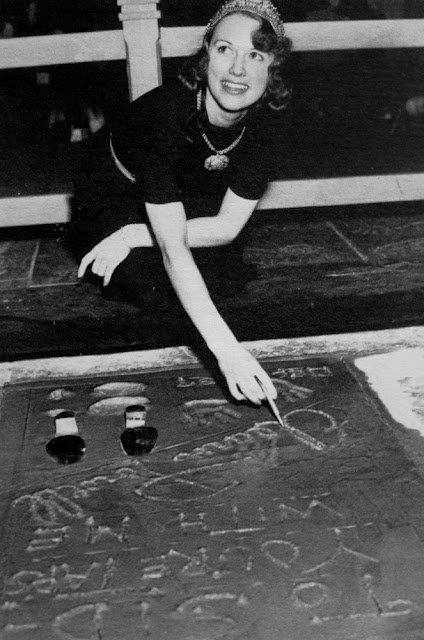 The 1930s' most famous screen tap dancer, Powell also embedded a pair of her shoes into the cement. 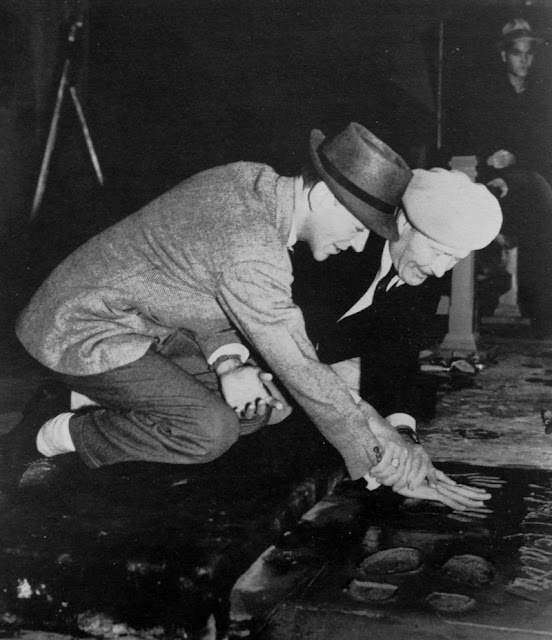 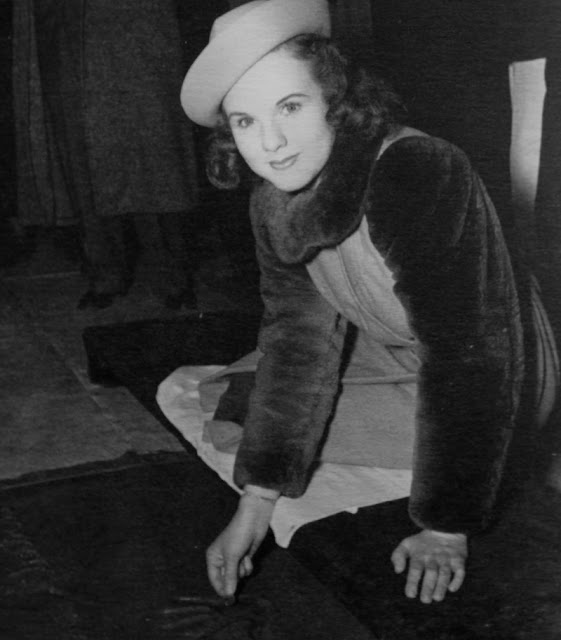 Over 2000 people turned out to see Durbin make her prints. 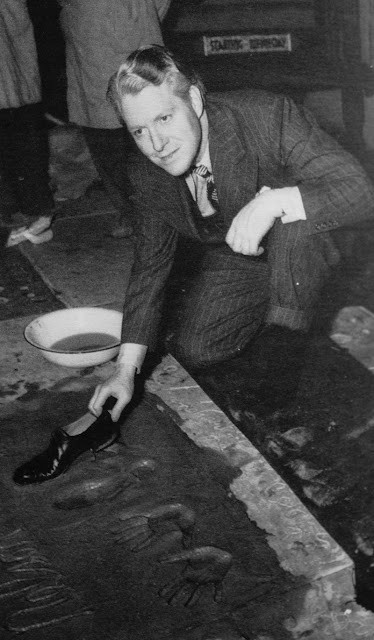 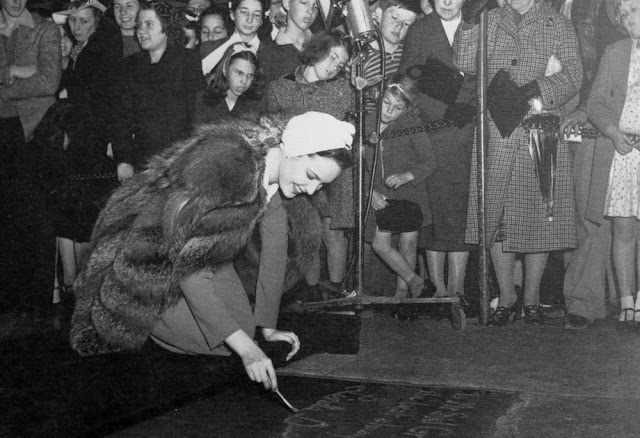 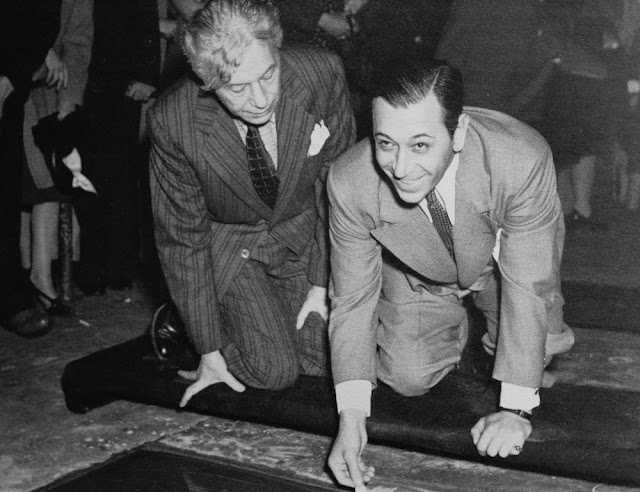 Raft left his imprint in 1940. Along with his prints he also embedded a coin, which was soon pried out. 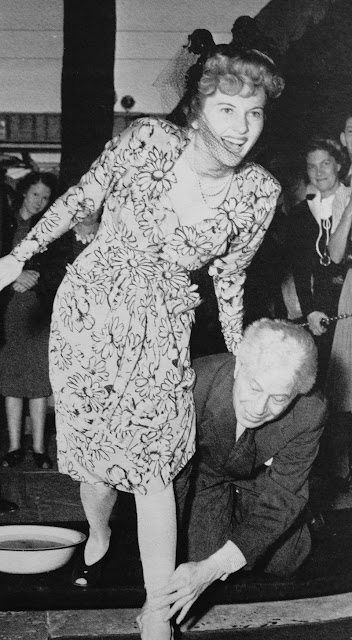 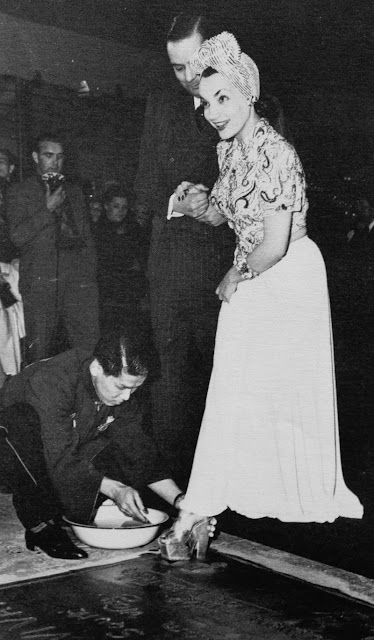 Unfortunately Miranda's square has cracked & deteriorated over the years. The area that contained her right footprint has been patched. 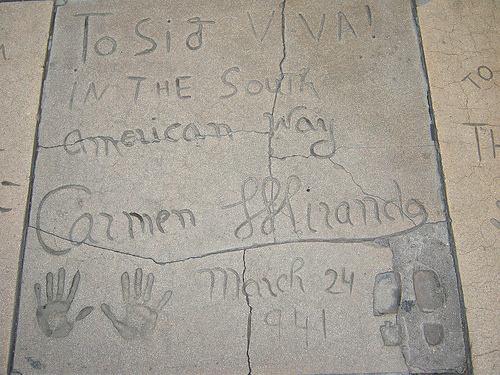 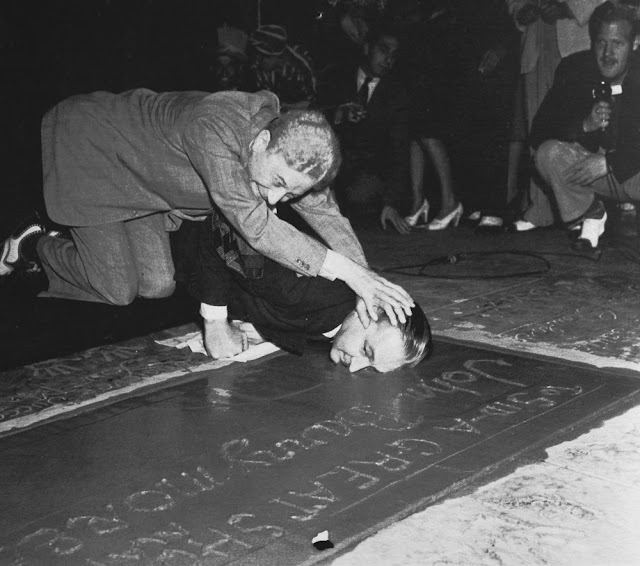 One of the most amusing ceremonies occurred in 1941 when Grauman planted John Barrymore's face into the concrete! Grauman had told reporters that only Barrymore's cheek would go into the cement for publicity purposes and that the actual profile impression would be created later using a plaster cast. Barrymore prepared to pose for the photographers when Grauman, from behind, pushed the side of his face into the wet cement. Barrymore was none too happy & muttered obscenities while he was deep in the goo!

To be continued! DP x