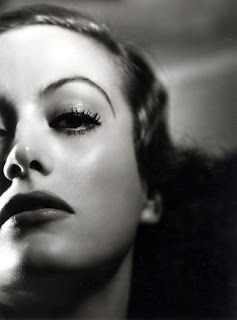 Contrary to how she is now popularly remembered - as a wire-hanger-wielding, ego-maniacal, psychotic, insecure, child-beating harridan - in her prime during the early 1930s nobody quite matched Joan Crawford in the glamour stakes. She was unconventionally beautiful, with a perfectly alligned face many cinematographers claimed was the most photogenic on film. High cheekbones, a square jaw, big eyes, an athletic build from her "Dancing Daughters" days and Hollywood's most mannish shoulders (aside from Johnny Weissmuller!) which appalled MGM costume designer Adrian, who attempted in vain to dress them down. His attempts futile, he finally exclaimed: "We can't chop them off her, so we'll make them bigger!" And so shoulder pads were born.

Society seems to relish a simplistic garish caricature rather than the more complicated story of this woman's life, and her legacy is tarnished. The following are shots of Joan in her prime as a young star in Hollywood. Thanks to "Mommie Dearest", a masterfully camp performance by Faye Dunaway & the vindictive words of her daughter Christina - it's an image too easily forgotten. 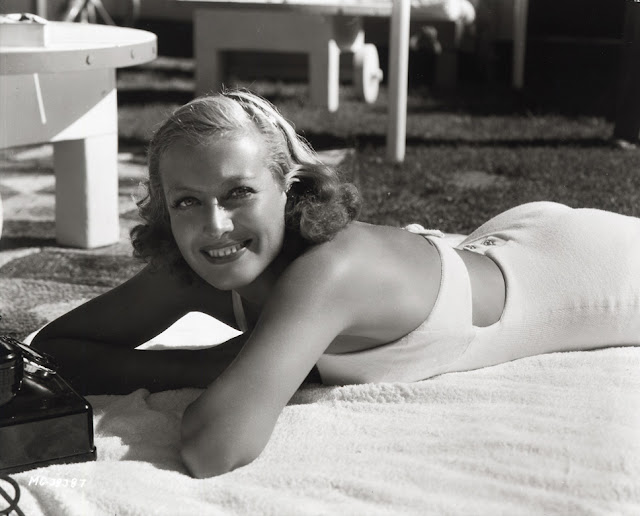 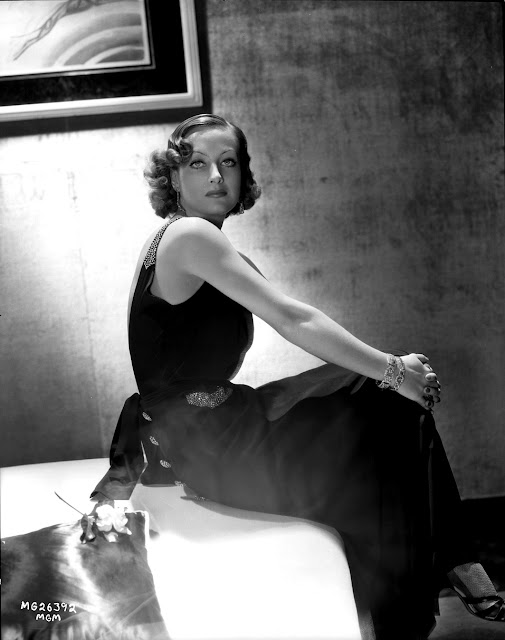 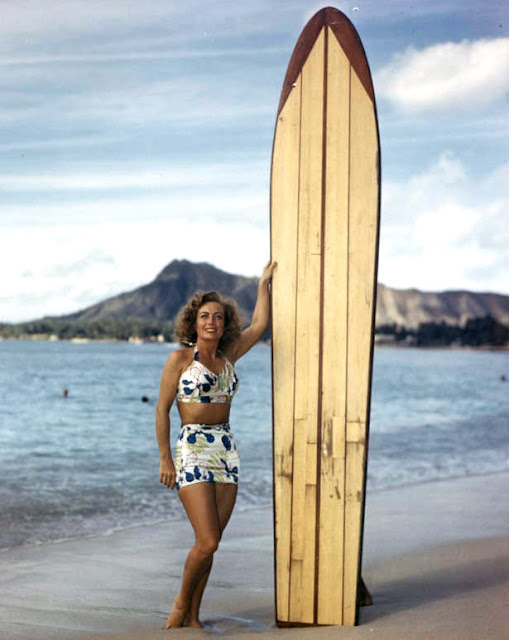 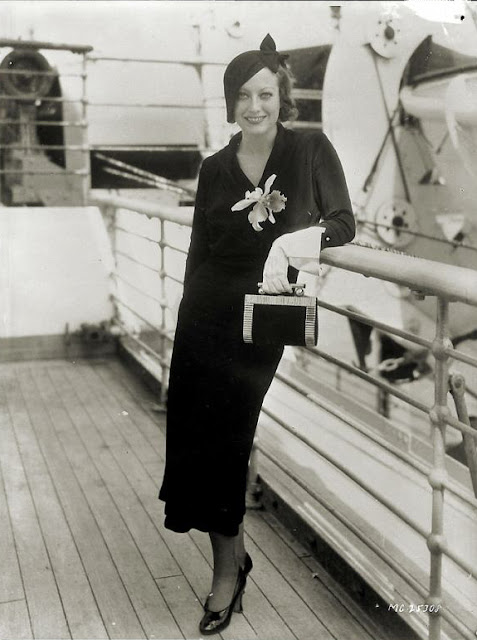 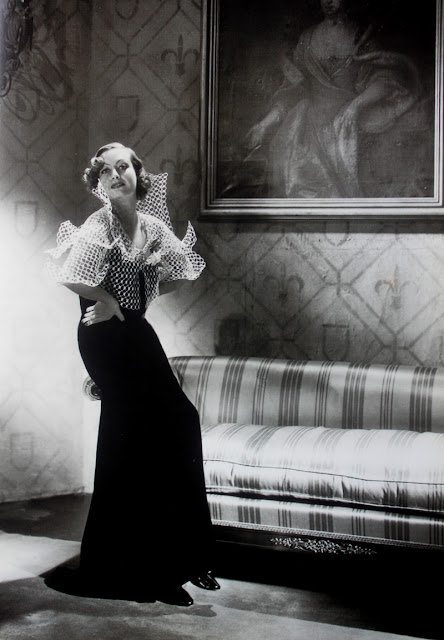 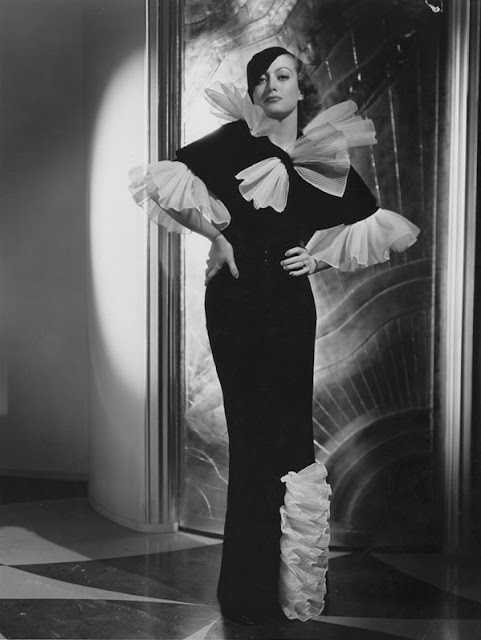 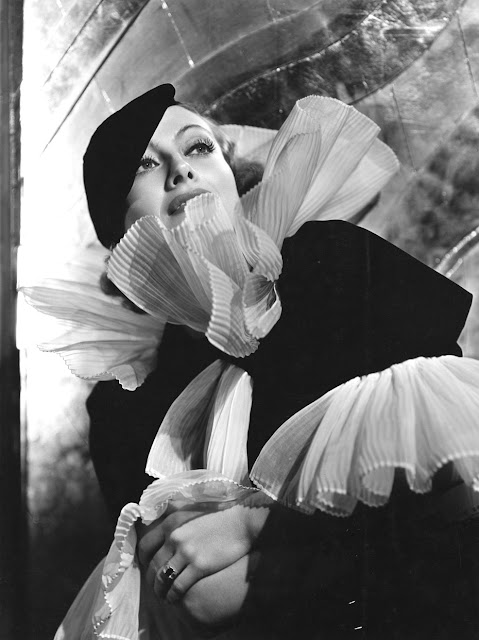 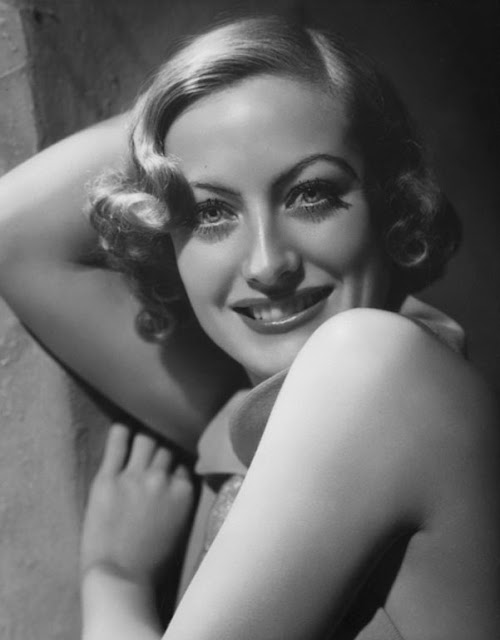 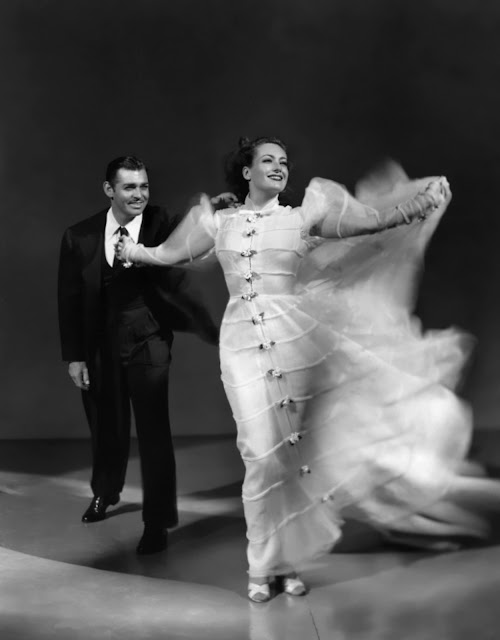 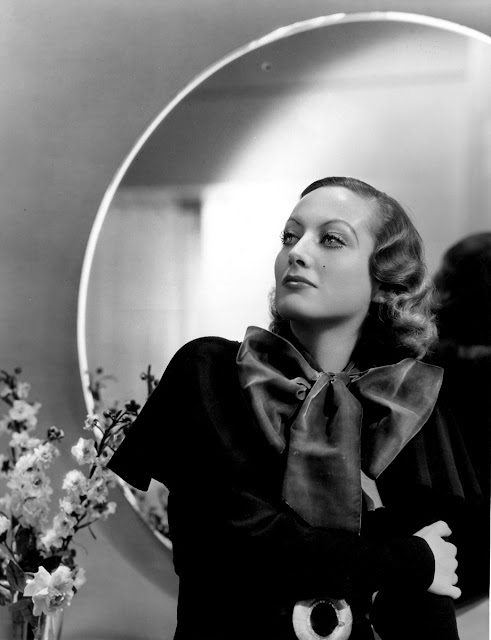 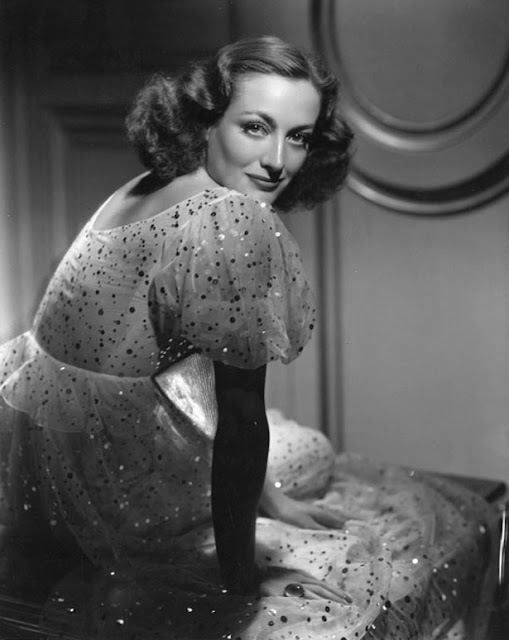 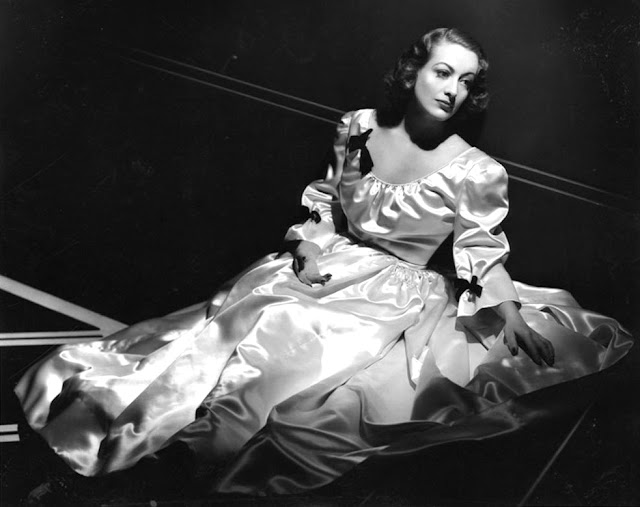 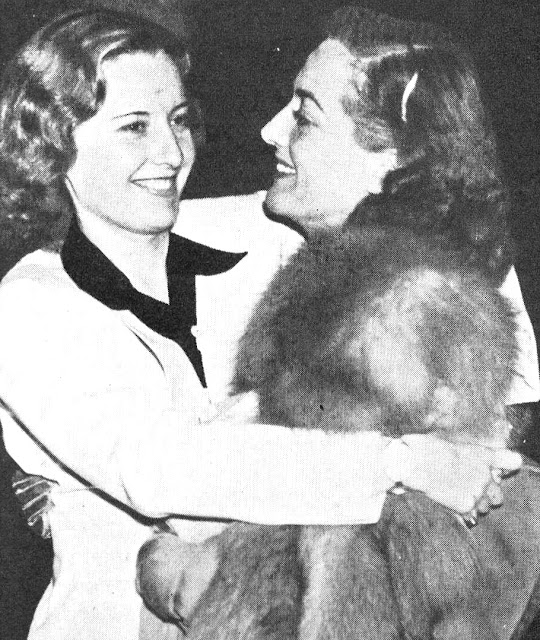 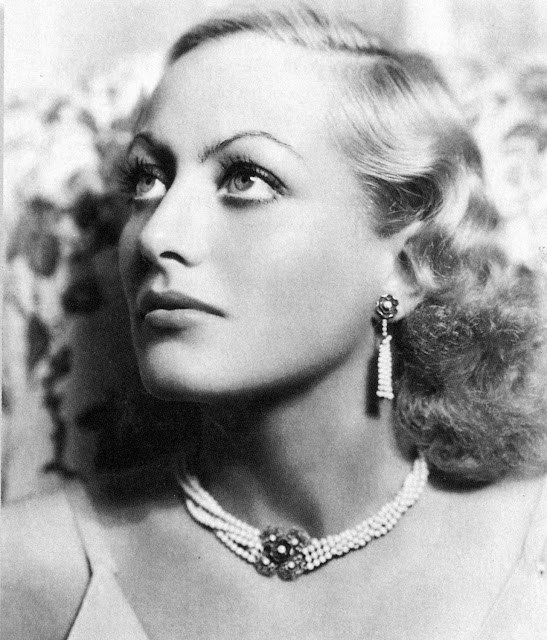 No matter her faults, and the subsequent bizarre hardening of her face into the 1940s, there was never another to match young Joan, I'm very fond of her!
Have a fabulous Saturday!
DP x
Posted by David at 08:09